Ya boy Phat Tone artist/managing partner of Grits Ent.
Originally from Cleveland Ohio born and raised found himself in Louisville Ky. He's been flowin since he was fourteen. "When I seen Bone thugs n harmony on b.e.t wit they video thuggish ruggish bone and found out they were from cleveland I knew I could rap too" says Tone at the begining of his carreer. He learned from fellow Mid-West artists  like "Twista" the mid-west style and put his own flare to it.
He moved to Louisville in 2001, linked up with Villro in 2004 and every since has been making powerful music! He learned loyalty and respect in the streets and it stayed wit him though out his life. He brings the real mid-west style back to the game!
With a gangsta spit and real street flow he embarks on a journey to shed light on the rap game! " I also wanna let ya'll know that there is a God man..he changed my life and showed of that he is real" Tone replies in an interview about the current state of his stance in the industry. Phat Tone released "Painful Truth in 2013 and is currently working on his next project "Watch ya Tone" scheduled for release in 2014.
"I WILL GRIND RELENTLESSLY IN THE STRUGGLE ALL MY LIFE..PHAT TONE . ITS GRITS BITCH!!!!!!!!!!!!!!" 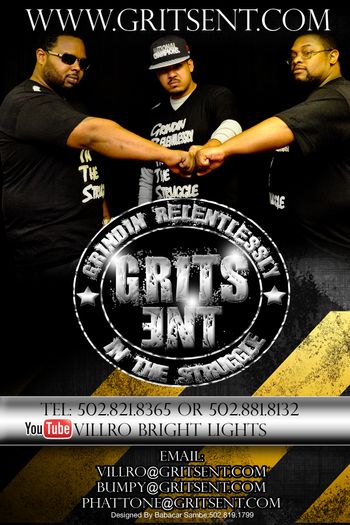